Illuminations of the BMW 4-cylinder 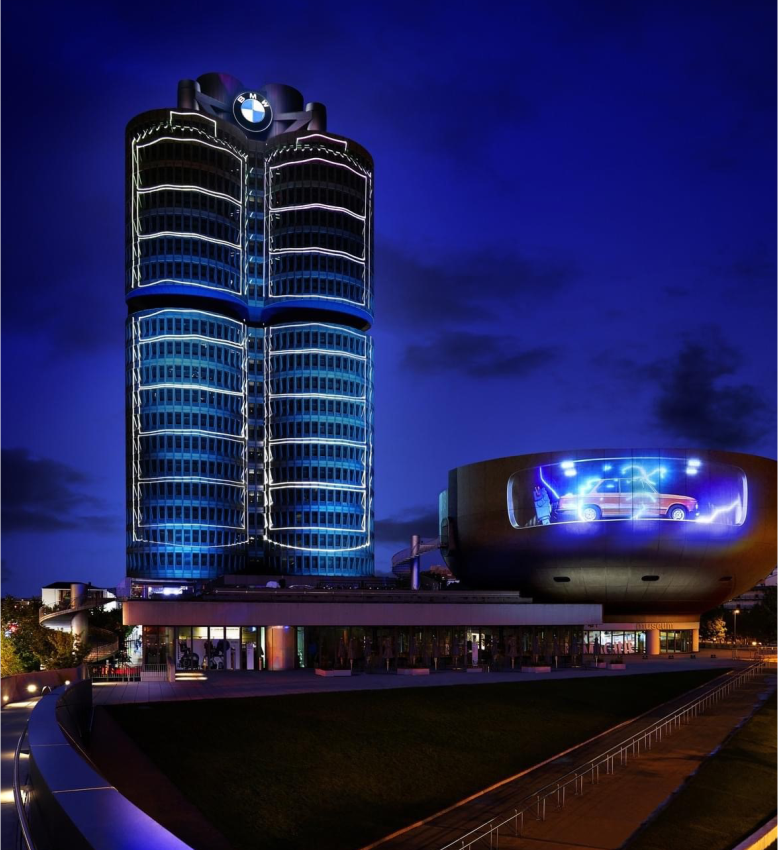 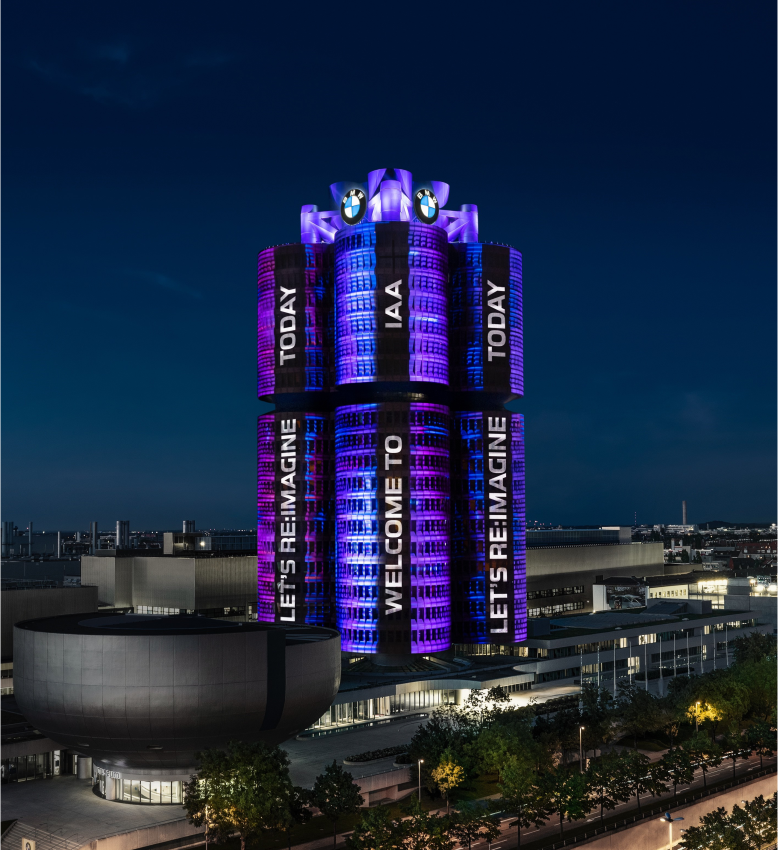 BMW had two reasons to celebrate: it was not only the partnership between BMW and the EUROPEAN CHAMPIONSHIPS that was celebrated on the opening evening with a spectacular illumination of the landmarks on the Petuelring. The iconic 4-cylinder high-rise also celebrated its 50th birthday, visible from afar.

As part of the “50 Years of BMW Group Cultural Engagement” anniversary and the IAA, the BMW Group invited different target groups to the double cone of BMW World on five consecutive days. As part of a small event, BMW AG’s own culture change towards circular economy and sustainability was presented. Afterwards, the guests were invited to take a look at the 4-cylinder on the bridge between BMW World and the BMW Museum, which was also spectacularly illuminated on that evening.